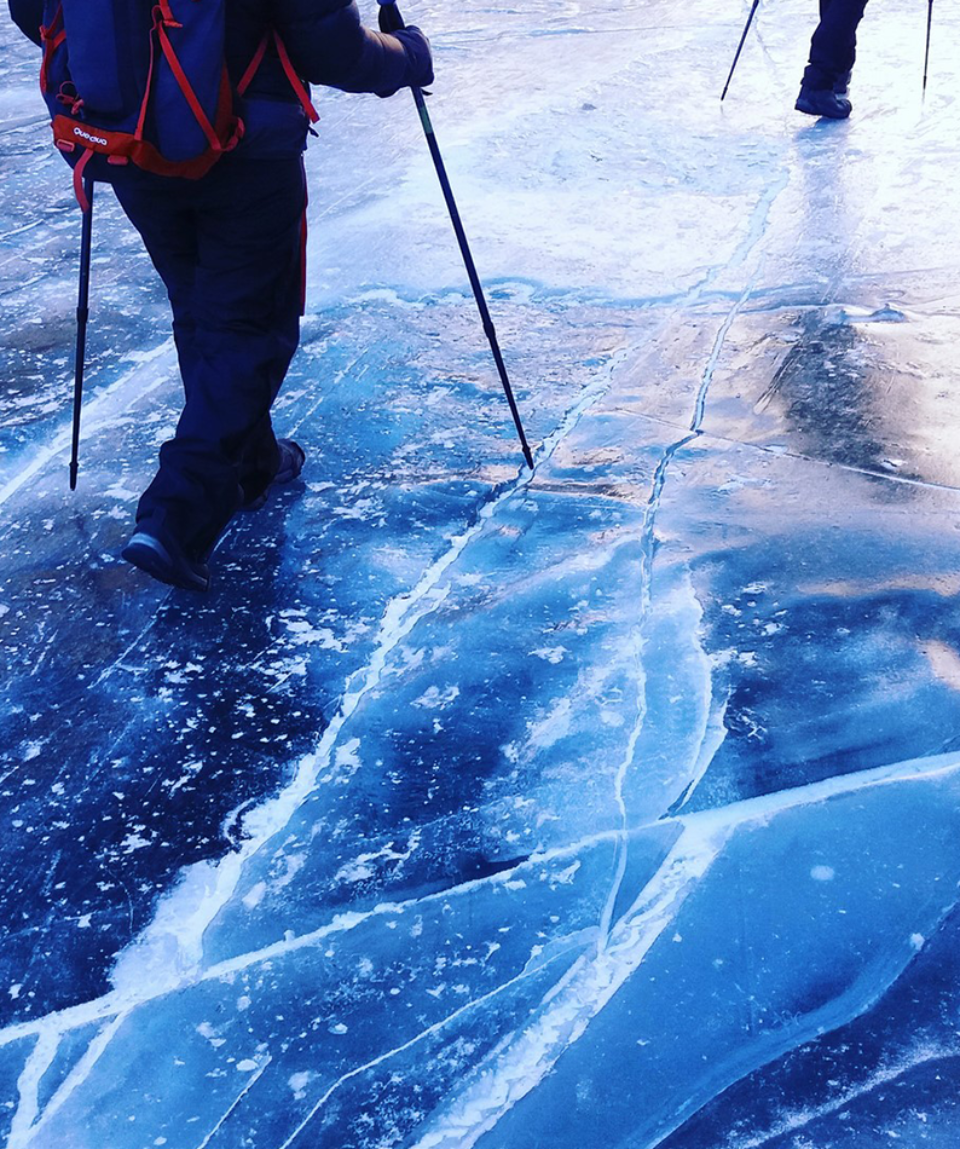 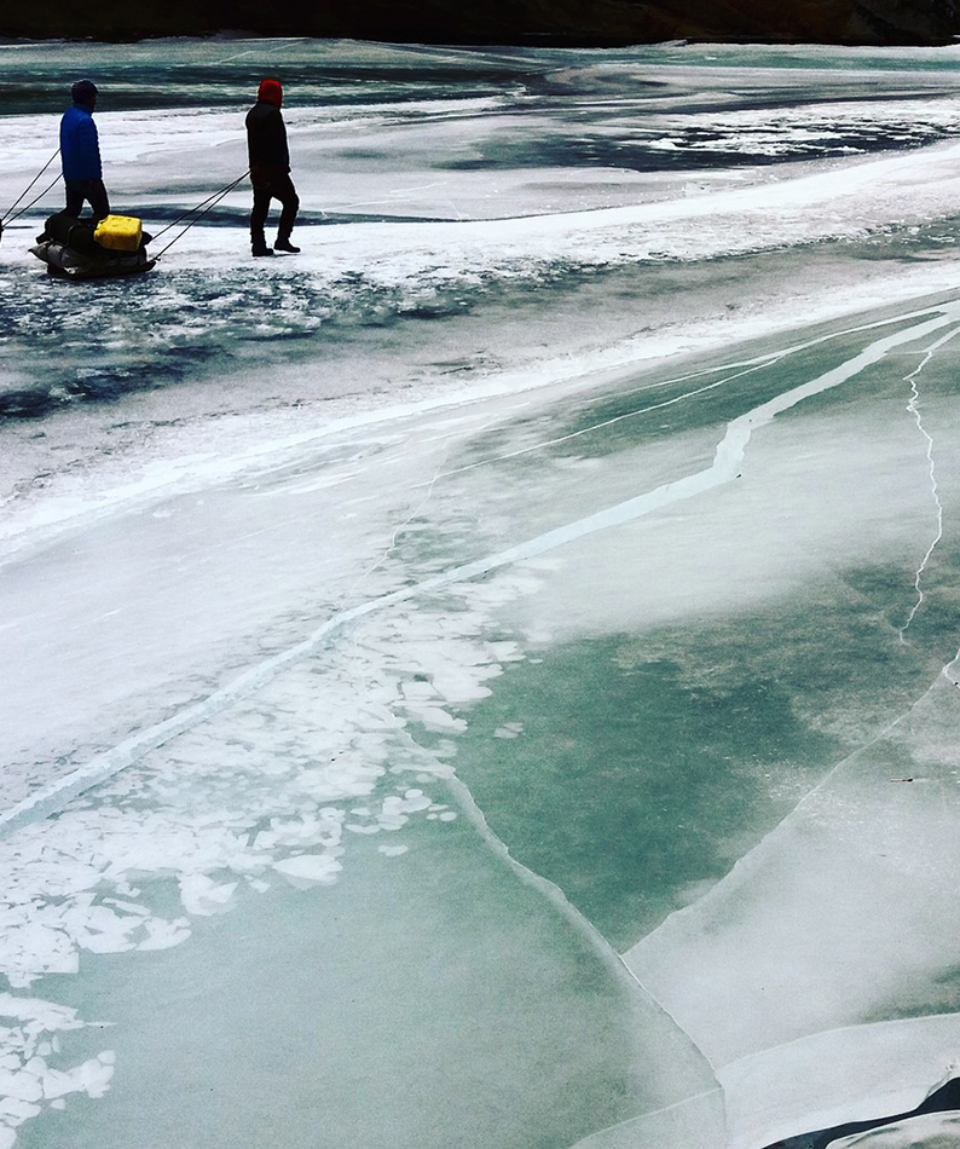 Chadar means layer- indicating the layer of ice that covers the river. During the winters the river transforms into an ice sheet where the famous Chadar trek is performed.

A trail on the frozen river (Chadar Trek)

Ever thought of taking a morning-walk on a frozen river? We have the perfect one for you! Chadar Trek also known as the Zanskar river trek is a winter trail in the Zanskar region of Ladakh, in the Indian state of Jammu and Kashmir. Chadar trek is aptly named so because the Frozen Zaskar River forms a blanket of snow floating amidst the backdrop of blues greens and browns. Sounds enchanting and thrilling at the same time, doesn’t it?

Chadar Trek is one of the challenging treks in the Ladakh region. The strenuous mountain trail on the ice-clogged river under the blue winter sky passes through valleys, mountain caves and frozen waterfalls. Yes,you heard it right! The biggest attraction of this trek is the frozen water fall which is breath-taking and captivating all at the same time. The frozen Zanskar River is still serving as the traditional and only way of connecting between Leh and Zanskar for the locals in the harsh winter months of Ladakh.

This frozen river trek will challenge your senses as you struggle to survive in the dropped temperatures ranging between -30 to 35 degrees while your mind absorbs the beauty of this place. The best time to see the Zaskar River transform itself to a beautiful envelope of snow is during the month of January and February. During the months of winter, the Zanskar River looks like a blanket of crystal under the mirage of blue skies. It is during this period that the gushing sounds of the river flow stand still and you can take a walk on the frozen layers of ice. The trail is long and the temperatures are in minus.

Chadar trek is one of the many thrilling treks of Ladakh. This frozen river trek will challenge your senses as you struggle to survive in the dropped temperatures while the enchanting surroundings capture your mind. For those looking for some adrenaline-rush this Winter trekking in Ladakh is just perfect.This winter trekking in Ladakh is an ideal one for all those nomad bag-packers, photographers and nature lovers.

Come fall in love with the pristine hues of white blues and browns and explore with us Chadar trek 2019. 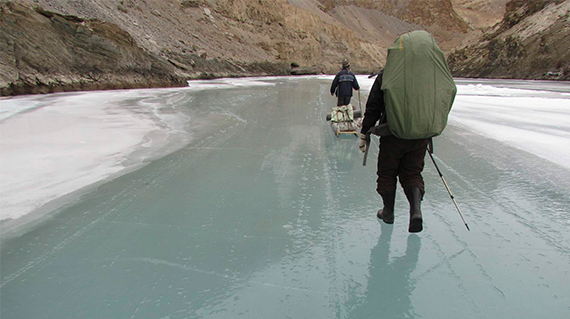 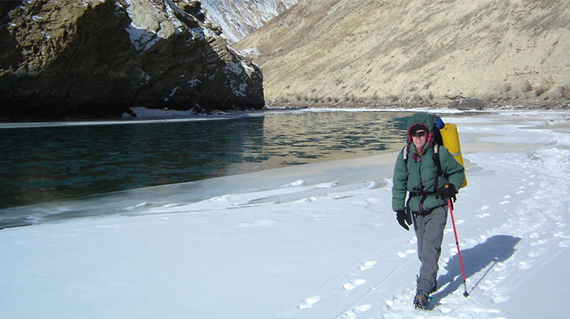 A fun filled Adventure in Igatpuri 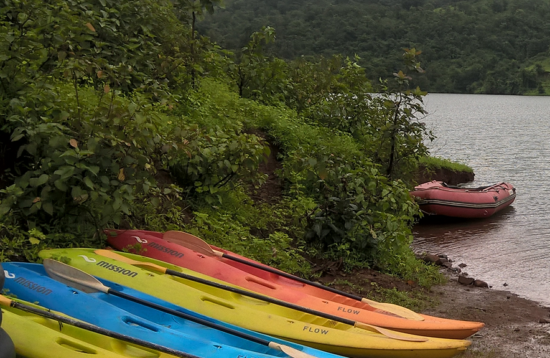 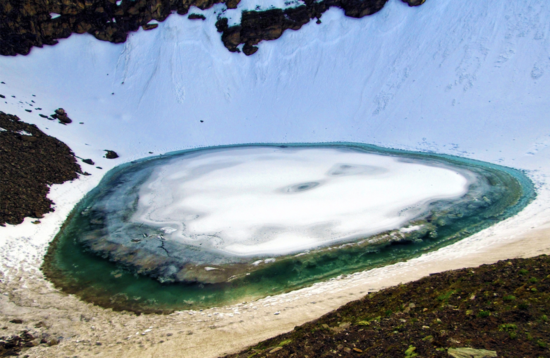 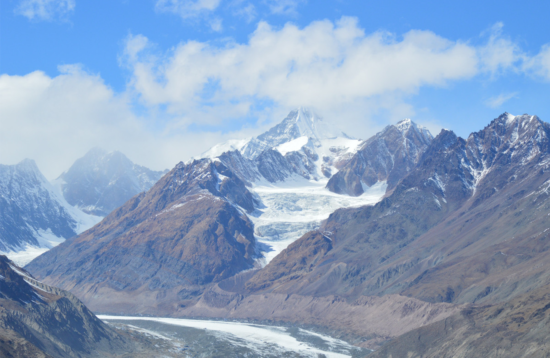